Call for Nominations | APA Ohio Board of Trustees 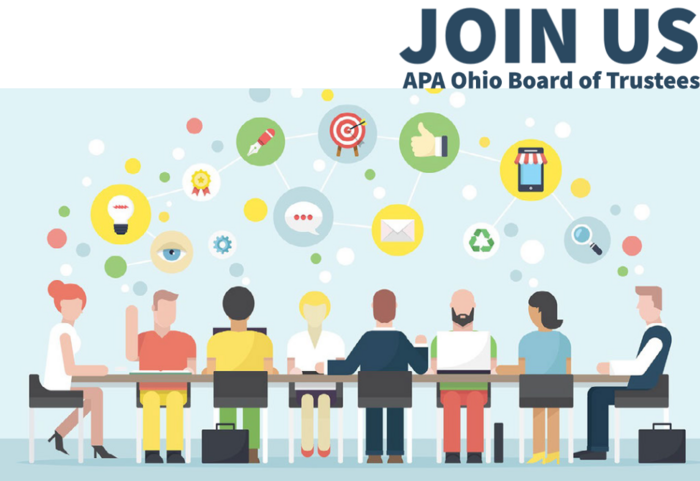 The APA Ohio Board of Trustees are looking for candidates to serve on the Board, starting in January 2023.   As a member of the Board of Trustees, you will have a unique leadership opportunity to serve the oldest association of citizen and professional planners in the country in advancing the art, science, and professional of good planning in the State of Ohio, along with over 1,200 members.

APA Ohio Board of Trustees includes 16 at-large members elected from the general membership.  For the 2022 election, there are eight (8) at-large seats open to the election: six (6) general seats and two (2) focused seats.  Are you ready to dedicate and commit your time and effort to help furthering the planning in Ohio?

Below are excerpts from the APA Ohio Bylaws that give more detail on the position of board member and duties expected.